Understanding the Risks of Radon

Radon exposure is a major problem that affects hundreds of thousands, if not millions of people around the globe each year. In many countries like the United States, it is the number two leading cause of lung cancer after smoking, and it is estimated to cost billions of dollars per year in related health care expenses. However, the problem of radon isn’t only limited to certain geographic areas, nor is it as easy to prevent as damage caused by smoking or other lifestyle choices. The reason being that radon is a naturally occurring gas, meaning that it could be present in almost any place at any time.

The best way to protect yourself and that of your family from this potentially harmful chemical is to be informed, as understanding what radon is and where, how and why it occurs is the first step towards preventing unwanted exposure.

Where Does Radon Come From?

One of the first questions most people ask when they learn about the risks associated with this chemical is where does radon come from, as it’s first important to know the potential sources of the gas in order to minimize the risk of exposure. The problem is that radon could potentially be present almost anywhere. This is because the gas is produced due to the natural decay of uranium in the soil, rocks and groundwater. As uranium is naturally found in most igneous rock and soil, radon gas is also a naturally occurring product in many parts of the world.

One major problem with radon is that this radioactive gas is formed by only a single atom, which means that it easily penetrates into concrete, insulation, wood and other building materials. Radon is also the heaviest gas known to man, meaning that it doesn’t dissipate like lighter gases. Instead it tends to become concentrated in low-lying areas like basements, crawlspaces and underground mines, putting people at increased risk for harmful exposure.

How Radon Affects Your Health

As radon is radioactive, exposure to the gas affects your health in much the same way as exposure to any other type of radiation would. This means that people who breathe in the radioactive particles or drink water containing them are at a much increased risk of developing certain types of cancer, especially lung cancer. In fact, living under conditions where you are exposed to higher concentrations of the gas can cause the same amount of damage to your lungs as smoking a pack or two of cigarettes per day, and the risk of cancer becomes even greater for those who both smoke and continually breathe in the gas.

The problem is that radon can and does occur almost everywhere, which makes it extremely important that you regularly test and monitor the radon levels in your home so as to prevent you and your family from being needlessly exposed. In truth, this is the only surefire way to know that your home or workplace is radon free, as the gas is entirely colorless and odorless, meaning you probably won’t know you’ve been exposed until it’s too late. Therefore it’s important that everyone is aware what radon is and how it can affect your health, as knowledge is the first step in prevention. 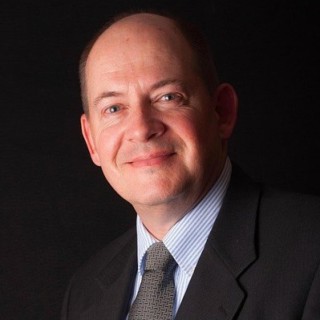